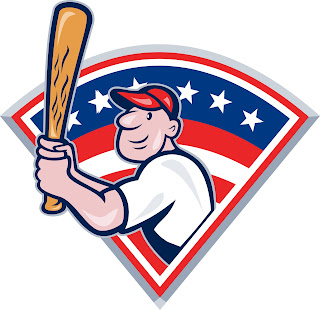 There's baseball and there's inside baseball. The former brings to mind Detroit Tigers baseball and the legendary Ernie Harwell. In the early 60s, my father and I would camp out on our porch during the summer months and listen to Ernie's play-by-play over the recently-invented portable transistor radio. Late games were punctuated by euphonious crickets and frogs, some of whom resided in or around our cement-pond swimming pool. This chorus - combined with Ernie's sonorous narrative - often sent me off to dreamland.

But "inside baseball" is different. The term implies knowing something that is beyond ordinary understanding. Esoteric even. More effort is required to grasp "inside baseball" information, but the payoff is greater: you become smarter! So bear with me.

This blog has often cited business cases decided by Kent County (MI) Circuit Court Judge Christopher Yates. Judge Yates not only writes opinions with brevity and wit; he's a modest soul who invites lawyers to call him "Chris" outside of the courtroom (a judge with humility? - what a concept).

In the case of Young v Vandermeer, Judge Yates was presented with the messy aftermath of a business falling out. The corporation was Grand Connection, Inc. ("GCI"), and its two shareholders were Amy Young and Teresa Vandermeer. Five years ago, Judge Yates order GCI dissolved after Young and Vandermeer couldn't agree on how to run the operation. But now the parties were back before Judge Yates to decide the fate of eight claims brought by Young against Vandermeer.

Let's set the stage. Trial lawyers make claims for their clients. That's what trial lawyers do. And trial lawyers are prone to make claims that have little or nothing to do with the facts or the law of their case, thinking that if you throw enough mud (or a more disgusting substance) against the wall (here defined as the Court), some will stick. But judges take a dim view of peppering them with unfounded claims; the reputation of the lawyer bringing these claims may suffer - and rightfully so. Fortunately for Young's lawyer, Judge Yates was tolerant, stating in a footnote that:

A hallmark of the Kent County [MI] Specialized Business Docket is numerosity of claims. The instant case surely does not disappoint in that regard, so the Court must engage in its usual practice of plowing, claim by claim, through the plaintiff's overstuffed pleading.

Here are the eight claims against VanderMeer that Young pitched to Judge Yates, the required elements of each, and why they failed:


*Further, Young must show some type of representation by words or actions that was false or misleading and intended to deceive.

For my trial lawyer audience, does it make good sense to allege these claims when there was no legal or factual support for any of them? Are you worried that making unsupported claims tarnishes a lawyer's credibility in arguing future cases before the Court?

For my business audience, now that you know about these somewhat esoteric causes of action, if you find yourself in a nasty dispute with a fellow shareholder, you can alert your lawyer to give them due consideration. Perhaps you will fare better than Ms. Young - or not!

Cue music: And it's one, two, [NO] eight strikes you're out at the old ballgame!